The 5-month program launched in 2016, has exposed over 75 key internal resources representing all of the division to supplier diversity and over 25 diverse suppliers. The internal organic growth of the Vendor Academy has been overwhelmingly positive. So much so, that some divisions have adopted spend goals and awards that are shared with their largest prime suppliers.

GET YOUR WORKSHOP STARTED

“Marilyn is invaluable!  She has been my go-to person for Myers-Briggs and strategic organizational team facilitation for the past 10 years. Her breadth and depth of knowledge and charisma make her an ideal facilitator, thought partner, and coach.”

“Marilyn offers a keen, results focused perspective to all of the programs we’ve participated in that she has developed.  Her teams utilize corporate and entrepreneurial expertise to create success for their clients, and  Act One continues to win from every program we’ve participated in.  We are fortunate to have been among her inaugural clients, and always look forward to what’s next with MHJohnson & Associates!”

“The MHJohnson team quickly became an extension of my team at Capital One – eagerly driving program development and execution.  They crafted one of the most innovative,  ground-breaking supplier diversity programs and executed it flawlessly.  The supplier diversity community embraced our efforts and Capital One was often cited as an industry leader in the space – all thanks to the exceptional work of the MHJohnson team.  I look forward to continuing my work with Marilyn and her team in the future.”

“Marilyn is an engaging, enthusiastic and extremely competent facilitaor.  Her team facilitated multiple Myers-Briggs workshops for over 60 educators on my staff at Chicago Public Schools.” 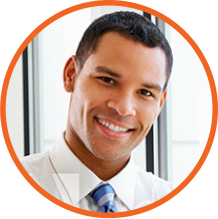 Since 2001, MHJohnson & Associates, Inc. has been creating Award Winning Supplier Development programs for some of the nation’s leading edge companies, as well as building personalized facilitation workshops. We pride ourselves in developing personalized programs and workshops that align with the culture of our client’s company.